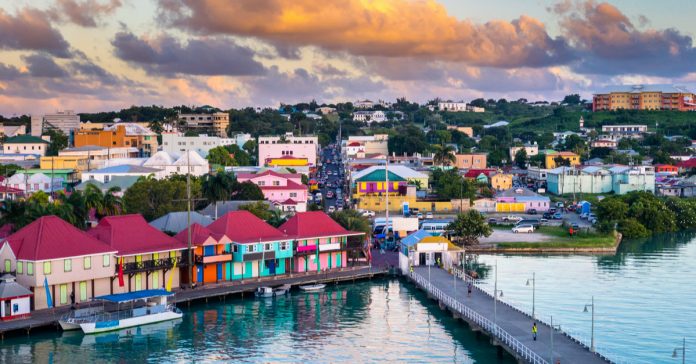 Long gone are the days when Antigua and Barbuda was just another Caribbean island trying to make ends meet in the region’s highly competitive tourism-based economy. Five years after Prime Minister Gaston Browne took office, the country is now known for being not just one of the world’s most beautiful honeymoon destinations, but a dynamic, business-friendly, accountable and forward-looking Caribbean nation with an economic growth of 7.4% in 2018 and real GDP growth projected to be 7% in 2019. As Prime Minister Browne states, his administration is “an entrepreneurial government which uses its knowhow to enhance the economic growth and development of the country, we are also considered to be innovative and creative in our way of governing”.

So far their policies have resulted in expansion, employment and improvement in the people’s living standards. For instance, unemployment reduced from over 20% in 2014 to 8% this year, debt to GDP went from 104% to 67% in the same period and they not only brought the IMF loan up to date but also paid off the debt ahead of time. Middle and lower classes have better access to housing, vehicles and business thanks to governmental housing and business schemes, like constructing and subsidizing several hundred properties in order to make them affordable, or establishing an Entrepreneur Development Fund currently capitalized at US$ 10 million, to provide seed capital for entrepreneurs. Access to basic services has also improved dramatically, after they cleared off the US$ 9.3 million arrears owed to the water company and invested US$ 7.4 million in two new water suppliers and repairing parts for existing plants, managing to double the water supply; as well as reducing the debt to Antigua Power Company (APC) from about US$ 16.7 million to US$ 7.4 million. Likewise, they cut by more than half the US$ 33 million debt they had with West Indies Oil Company, the only petrol distribution facility on the island, that back then was threatening to discontinue the supply and after a few months was bought by the government. They also acquired Caribbean Union Bank, which had operated for 10 years without profit, and after a US$ 11 million investment it is now making almost US$ 2 million per year.

Interestingly, and contrary to conventional economic wisdom that states that governments
should not get involved in commerce, Browne’s government participates directly by forming public-private partnerships for profits, that seize economic opportunities that could not otherwise be exploited by the country’s small local private sector. “When I say we are an entrepreneurial government that is not a cliché, the evidence is there to show. The profits we get from the companies we own, go to the treasury and this money is used to improve education, health and infrastructure. Our model is a little different to the one of an average country, we call it empowerment capitalism. We believe that entrepreneurial efforts should be supported, respected and rewarded and one of our successes is spreading the wealth among the masses” – assures Browne.

As a result, they have managed to establish the Five Island’s Campus, the fourth landed campus of the University of West Indies, the only one of its kind in the Eastern Caribbean, an indispensable contribution in a region with one of the lowest level of enrollment and graduations. They have also expanded and improved their healthcare by offering acute health services, including kidney transplants, at Mount St. John’s Hospital, and shortly will be introducing a cardiac unit to perform complex heart surgeries. In addition, they have a cancer center and have established the first Stem Cell treatment facility in the region. In terms of infrastructure, they are spending US$ 90 million in a new cargo port for the regional transshipment of goods and are also partnering with two private companies, Global Ports and Royal Caribbean Cruise LTD, to invest over US$ 80 million to build what will be the Caribbean’s finest cruise facility. Royal Caribbean will also invest US$ 100 million to develop a cruise line beach club at Fort James.

Additionally, they have attracted important investments with their Citizenship by Investment Program (CIP), which provides investors mobility to 165 countries with visa free access and constitutional investor protection while complying with the highest international legal standards.

Browne’s entrepreneurial efforts are also focused on innovation, promising they “will become the first Future Island Nation in the Caribbean”. Therefore, they are now establishing the administrative and legal framework to transition into block chain technology and crypto currencies, have already set the framework for exploiting medicinal marijuana and expect to develop a vibrant manufacturing industry of Cannabidiol (CBD) products. They will also adopt the Parley Air Strategy to end the fast-growing threat of marine plastic pollution, as climate change and protection of the environment is one of Browne’s top priorities. Around 15% of the country’s energy comes from renewable resources. They have invested some US$ 55 million in resource energy applications and several initiatives are being implemented, including a one-megawatt solar plant in Barbuda that will make it the first island in the Caribbean to be powered solely by solar energy. With all these initiatives going on, Browne rightly believes Antigua and Barbuda has “one of the best socioeconomic investment architectures in the Caribbean”: a very responsive government for executing projects, political stability, the region’s lowest level of crime and violence and one of the best tourism products with 365 of the finest beaches, “one for every day of the year”. As Browne proudly assures, “there is no other country in the Caribbean that has a superior value for money product than Antigua and Barbuda. Paradise awaits you!”.