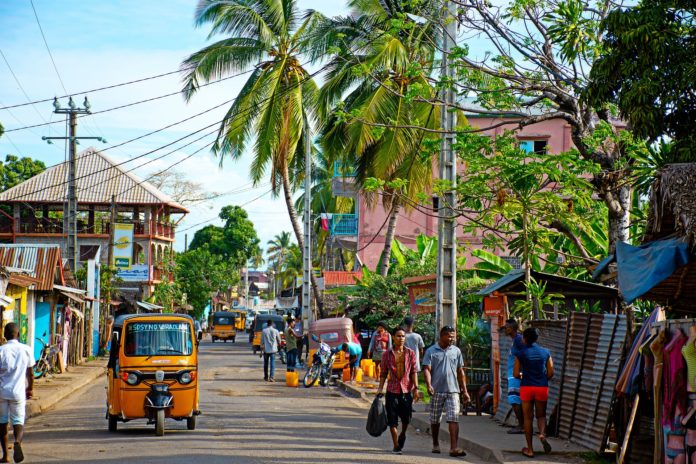 Madagascar has always been known for its unparalleled biodiversity, untapped mineral and plant resources as well as paradisiac natural sites. Despite this, up until recently such richness had not translated into good living conditions for the majority of its population, mostly inhabitants in rural areas and dependent on agriculture to survive. However, the wheels finally started to turn after decades of economic stagnation, political instability and extensive corruption. In the last four years Madagascar has enjoyed sustained economic growth increasing from 2.3% in 2013 to 4.2% in 2017 and 5.2% in 2018, driven by a rebound in agricultural production and investment. The services sector, with trade in particular, has shown the highest increase with 5.2% in 2017 and 5.4% in 2018. Overall, growth is expected to exceed 5% again this year, reflecting higher public investment spending and intensified private sector activity in exports, the energy sector and construction. Monetary policy, on the other hand, should continue working to control inflation which is currently estimated at 6.4% and is projected to reach 6.0 to 5.4% between 2020 and 2022.

Additionally, though still far below the Sub-Saharan Africa average of 43%, financial inclusion has also improved in the past three years, with the percentage of adults with an account at a financial institution or mobile money service doubling from 9% in 2014 to 18% in 2017. Such a positive macroeconomic outlook provides unique opportunities for both doing business and promoting socially-oriented, inclusive-growth initiatives, particularly those aimed at reducing poverty in a country with one of the highest rates in the world.

President Andry Rajoelina’s second rise to power in January 2019 with his political movement TGV (Determined Malagasy Youth) has contributed greatly to the current positive environment. Known for being the youngest president in the country’s history and for his fast and energetic personality -which has also given him the nickname “TGV” in reference to the French high-speed train-, Rajoelina not only has brought much needed hope but concrete plans for accelerating the country’s development. He started enacting his IEM (Initiative Emergence Madagascar), a major platform of national and foreign experts, strategic partners and investors which aims to implement sustainable and effective solutions. The IEM will focus on six crucial sectors: energy, food, security, investments, good gov- ernance and female empowerment.

Among its multiple goals, it emphasizes investing in renewable energies to improve electricity and water access and cut down prices due to diesel dependence, modernizing agriculture techniques to increase production in a sustainable way, promoting tourism and investing in infrastructure and local industry to create employment, attract visitors and investors, all while breaking with “bad old habits” such as corruption, a “culture of non-achievement” and a general lack of accountability in governmental institutions.

In order to accomplish these goals, president Rajoelina’s government works closely with the Economic Development Board of Madagascar (EDBM), the official investment promotion agency. It is in charge of strengthening the competitiveness of the Malagasy private sector, increasing Foreign Direct Investment (FDI), and supporting investors by providing them free, confidential and customized services to facilitate the implementation and/or expansion of their projects in the country via its One-Stop Shop. EDBM has been created to be the entry point to anyone who looks for business opportunities in one of Madagascar’s many advantageous sectors. From agribusiness to textiles to mining to tourism, EDBM puts into practice the government’s commitment to boost economic growth and development in Madagascar.