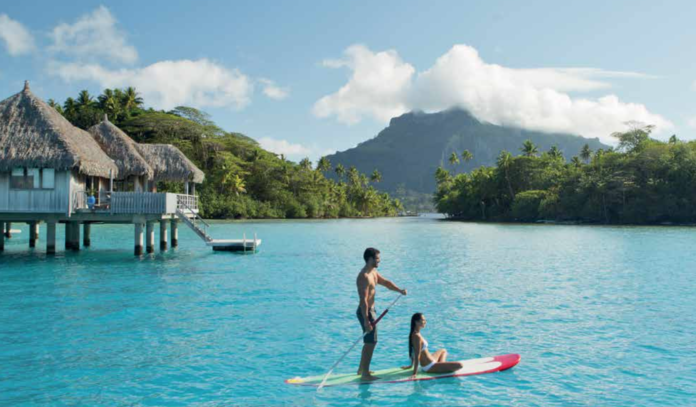 THE ISLANDS OF TAHITI. Located in the center of the Southern Pacific Ocean, Tahiti is the largest island of the Windward group of French Polynesia. Featuring world renowned black sand beaches and clear blue seas, it has long been the cultural, economic and political center of the country, as well as a hotspot for international tourism. Having previously been a French colony, today French Polynesia is considered France’s only Country Abroad, entitling the territory to have more independence, with their own President and complete control over their economy and currency, the CPF Franc. “We are an autonomous Country Abroad, within the French Republic”, explains President Edouard Fritch, “Our unique position has led us to become a real economic hub for the Paci c Region”.

Between 2007 and 2013, the country faced a series of nancial crises, with devastating social and economic e ects. In fact, GDP was reduced by 12 points during this period, and foreign investment became scarce. Since their election in 2014, the Fritch Administration has seen a formidable comeback, based on the principles that led to their election. “We devised a plan with two visions: one short term, where we needed to revive public and stimulate private procurements”, recalls President Fritch, “And one long term strategy focused on large private investment projects”.