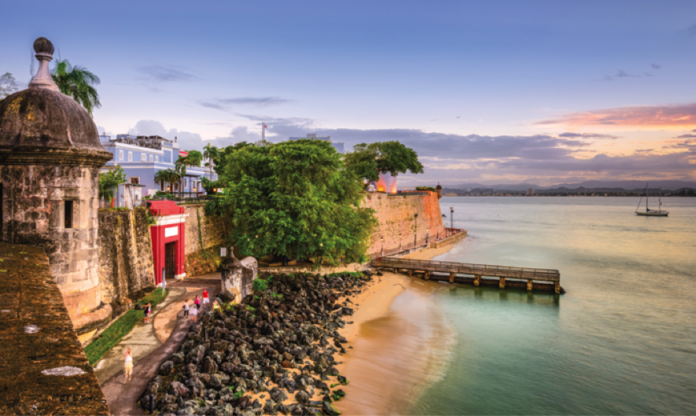 Over the past sixty years, the Commonwealth of Puerto Rico, officially an unincorporated territory of the United States in the Caribbean, went from being a largely rural society to becoming a fully industrialized nation, home to some of the largest and most sophisticated multinational industries in the world, such as pharmaceuticals and electronics, and boasting a highly competitive workforce and a booming middle class. Attracted by the island’s equally qualified and yet cheaper labor and strategic geographic location, whole sectors of the American industry began to move their operations to Puerto Rico during the 1970’s, particularly in the sectors of textiles and petrochemicals, and the country quickly developed a collective set of skills, know-how and expertise around industrial manufacturing from which it still benefits today. Following the crash of oil companies, and thus forced to reinvent itself in order to attract different sectors, Puerto Rico was able to push through the crisis and to resurface mainly due to a US program of tax incentives designed to bring new life into the economy and secure the continuation of the professional development of Puerto Ricans. The impulse that ensued ushered the island into the twenty-first Century, on a path marked by growth and financial stability until 2008, when the global economic recession and the ensuing crises both in the island and in the US mainland forced the country once again to stem the tide of hardship.

Today, and surely as a result of the numerous challenges it has faced, Puerto Rico is again on the road to growth and improvement, and it stands looking firmly towards the future.

Through the Department of Economic Development (DDEC), created in 1994, it is set on carrying out a model for economic development designed to make the most of the country’s natural, professional and commercial strengths, and on seizing once and for all the opportunity of not being completely dependent on US tax incentives, and developing a system focused on productivity and added value. “We want companies operating in Puerto Rico to be actually competitive, efficient, and in constant evolution”, says Mr. Manuel Laboy, Secretary of Economic Development of the DDEC, “and added value is always the result of innovation and of creativity”.

Accordingly, the private sector has been witnessing unparalleled improvements in areas such as technology, with more and more startups specializing on the internet of things, healthcare and cyber security, and supported by two different government programs. A second area in which the DDEC is focusing on is that of export services, and there have been widely visible improvements not only in foreign companies using the island as a hub, but in local companies exporting services and products abroad. The other areas that have been proving extremely promising, and in which innovation and technology play central roles, are sustainable agriculture, the aerospace sector, and advanced manufacturing. In fact, research-based manufacturing companies, such as pharmaceuticals, have successfully begun to penetrate the markets of Europe, Japan and the US, with some of the strictest regulatory bodies in the world, like the FDA. A different area is that of

tourism, which the DDEC has chosen to term ’visitor economy’ so as to encompass the complete range of economic activities triggered when people visit the island. “Puerto Rico has some of the most beautiful beaches in the world, but its appeal to visitors today goes well beyond them”, explains Mr. Laboy. To this purpose, the new government created the Destination Marketing Organization (DMO), in charge of promoting the country in all its splendor, and making tourism a real pillar of the economy.

Without a doubt this was the sector more directly hurt by the devastation caused by hurricane Maria earlier this year, as it not only brought great material damage to the island but may have altered the plans of thousands of potential visitors, precisely when they are more desperately needed in order to boost the reconstruction efforts. Nevertheless, the hurricane also brought about an impressive display of local and international solidarity, of cohesion and of optimism in the face of hardship, sending a clear and certainly brave message to the world: we’re open for business. In fact, by putting to the test the limits of the country’s infrastructure, the hurricane has also drawn awareness to the urgent need to restructure the island’s electric power system, and has lent momentum to the efforts of the Public-Private Alliances Authority (AAPP) to carry out their project for modernizing and diversifying energy production and distribution in the country. “Projects such as these have become an absolute priority after hurricane Maria”, explains Mr. Omar Marrero Díaz, director of the AAPP, “and mark the way towards economic recovery and efficiency in our services”.

The key to bringing such changes to completion is to keep securing foreign investment in the country, for which purpose the government entrusted the private sector through Enterprise Puerto Rico, an organization equivalent to the DMO but at the industrial level, in charge of placing Puerto Rico on the map of the global flow of capital. This goes hand in hand with the implementation of Acts 20 and 22, which have proven so successful in fostering domestic growth by creating incentives for foreign investment, that it can be said they mark a new era in Puerto Rico’s economic development. “The impact of these acts is blatant”, says Mr. Marrero, “a company or a person settles here and it immediately things start sprouting around it, jobs, services, partnerships, investments, etc. We have seen so many successful cases”.

With their will power still intact, a fruitful relationship between the private and the public sectors, and with a solid, ambitious plan for the future, Puerto Rico seems to be in fact “open for business”, and on the path towards stable growth, a healthy economy and a collective society. “Doing business in Puerto Rico is doing business with the US, except no other state can match the incentives we offer”, concludes Mr. Laboy. “Indeed, this is the time to invest in Puerto Rico”, adds Mr. Marrero, “our country is on the rise, and our best days are still ahead of us”

Innovation On The Rise Through Health Se...